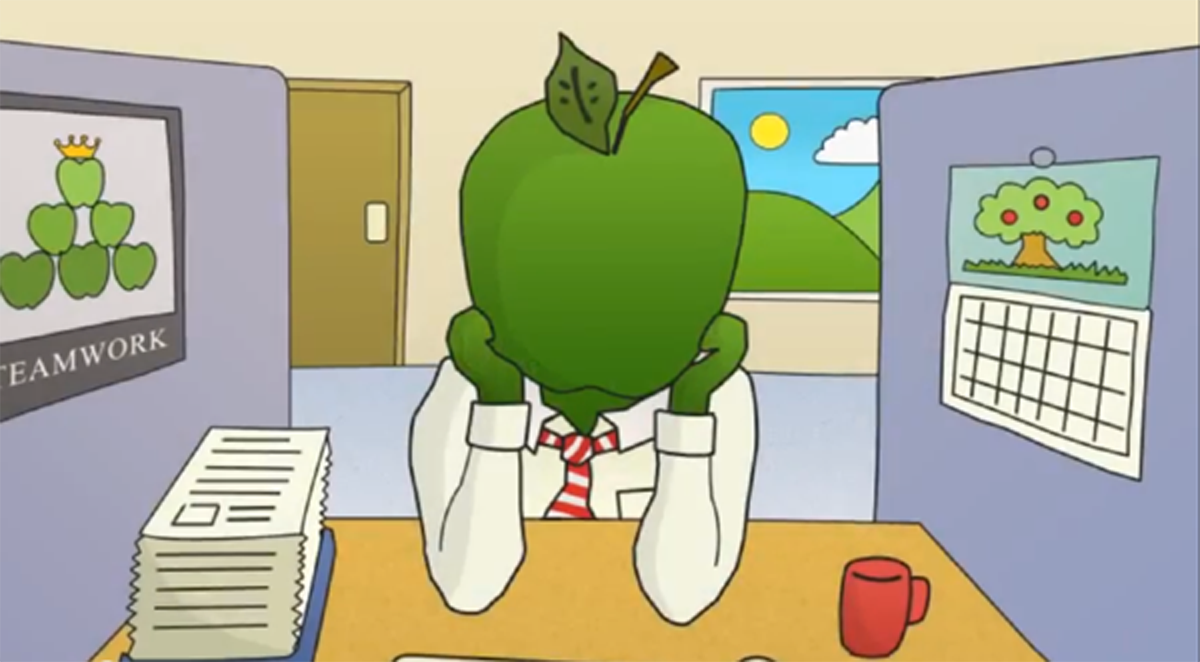 My offer was to write press releases for My Owl’s next game, to help the developer get the publicity they deserved. Because this is no ordinary game company. It’s just one man with a ‘zero budget’. Somehow along the way, I ended up doing the illustrations for the game’s intro as well.

Even forgetting that it was created entirely by one person, Apple Jack was a fantastic game. The gameplay mechanics owed a lot to Super Mario Bros 2, but its design was just about worthy of that inspiration. Reviewers agreed.

It was also a very English game, and not in the usual cliched way. If Apple Jack had been made for the Commodore Amiga in the early ’90s, I have the feeling it would have been one of that system’s biggest games. That’s why, playing it, I kept thinking it deserved a much bigger audience.

Fast-forward two years, and the sequel Apple Jack 2 is out today. I’m proud to have been involved and I really can’t wait to play it.

You can buy Apple Jack 2 from the Indie Games section of the Xbox 360 dashboard, or from XboxLive.com.

UPDATE – Buy the game at this Xbox.com page.

It costs only 80 Microsoft Points, which is about 60p. So if you have an Internet-connected Xbox 360, it costs hardly anything to give it a try.

And if you do play it, please let me know what you think about the intro I helped to make. It’s rather daft!

We write all kinds of copy for game publishers, developers, retailers and agencies. We’ve even got a page all about what we offer – take a look!